Biggest Sports Stars in US History 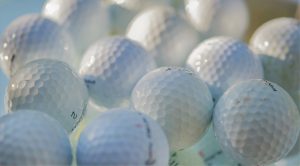 Many people are very aware of the greatest sports stars that are currently playing in the US. However, most sports as we know them only became popular within the last century.

Some stand head and shoulders above the rest, and we’ll give a brief background of each one here. They pushed the limits to be the very best not just for one round, match, or game, but for their entire career.

One of the greatest athletes in the world, Michael Jordan was more than a legend when he played for the Chicago Bulls in the NBA. He dominated on the court over a 20-year career, amassing 6 NBA championship wins, 5 NBA Most Valuable Players awards, and several other awards. He only took two breaks from the NBA from 1993-1995 (when he played minor league baseball for a season) and 1998-2001 (when he “retired” for a second time). His scoring stats were an important contribution, but he was also an extraordinarily durable player, once playing a game with a severe fever.

On the court, his 30.1 all-time average points per game was dominant. Off the court, he has become one of the most successful businessmen in sports history.

Widely accepted as one of the greatest American baseball players ever, Hank Aaron broke Babe Ruth’s home run record in 1974. That record was held for 33 years until Barry Bonds broke it in 2007. Playing for the Milwaukee Braves, where he helped the team win the World Series against the Yankees in 1957.

Even though Babe Ruth tends to get more attention as a social figure, Hank Aaron’s career in both the American Negro Leagues and eventually Major League Baseball was a highlight of American sports because of his outstanding performance wherever he went.

Tiger is still making a name for himself as he continues a career in golf with the PGA tour, where he is currently tied for the most PGA tour wins of all time with Sam Snead. Currently spanning 24 years, his career started in 1996, but was launched into the spotlight when he won the Masters Tournament in 1997 at the age of 21.

Fiercely committed to be the best, he’s encountered several setbacks in his career, but continues to defy the odds by winning championships. His back and knees have been operated on several times, but gamblers rejoiced when he won the Masters in 2019 after a string of losses.

While boxing has evolved more than most sports, making comparisons difficult, Muhammad Ali is still considered to be the best heavyweight boxing champion of the last century. Over 61 fights, he recorded 56 wins, many of which came with more drama and intrigue than most sporting events. His fight with George Foreman in 1974 was the most-watched broadcast ever at the time.

American tennis player Serena Williams is one of the greatest tennis players of all time. She currently holds the most Grand Slam titles in singles, doubles, and mixed doubles. The peak of her career was in 2010 when she held the top spot in women’s tennis, but she still is a fierce competitor sitting at No. 8 in the 2021 rankings.

Similar to Michael Jordan, she also made a name for herself at a businesswoman off the tennis court in several endeavors, including equipment endorsements and fashion.

While most of these athletes hold top titles in their chosen sports, Jim Thorpe was known as being far more versatile and excelled at several sports. Born in 1887, he was the first Native American to win a gold medal for the US. Actually, he won two gold medals at the 1912 Olympics in the decathlon and the pentathlon.

In his regular life, he played professional baseball, football, and basketball. In the MLB, he played for the New York Giants, Cincinnati Reds, and the Boston Braves at different times. He also played for the Canton Bulldogs and a few other teams in the American Professional Football Association (APFA), which would eventually become the NFL in 1922.

A few years later than Jim Thorpe, Willie Mays spent most of his career playing professional baseball in the MLB for the Giants, both in New York and San Francisco. He is regarded as arguably the best baseball player of all time because of his unbelievable batting average, huge hits, and unbelievable catches as a centerfielder.

What makes Willie Mays one of the greats is how far ahead he was of any other player on the field at the time. There were many good players, of course, but he was dominant in almost every measurable aspect.

While Tiger might be close, Jack Nicklaus is regarded as possibly the greatest golfer of all time based on his consistent wins over the course of his career spanning 24 years from 1962 to 1986. While Tiger might have him beat in Masters wins and PGA tour championships, he has 18 major championship victories and 117 professional wins.

While there were some stretches of his career where setbacks kept him from advancing, his life revolved around the game. He even spent a few years playing at the senior level after retiring from the PGA tour.

It’s not so much what these athletes accomplished, how they compare with each other, or how much money they’ve accumulated. These athletes were the greatest because of what they did for the game. They each stand even to this day in some cases as role models for current and budding legends. The athleticism and consistency give everyone motivation, either hoping to see the next Michael Jordan or be the next Jack Nicklaus.